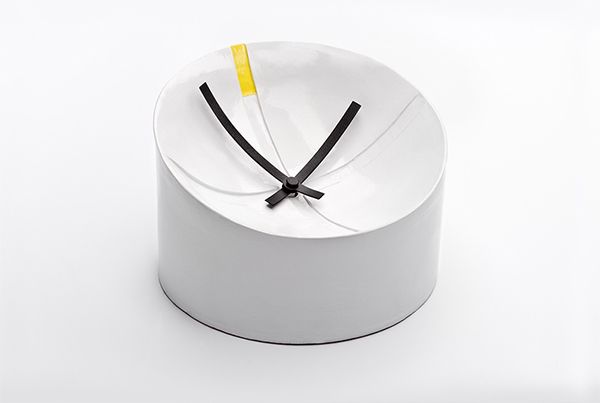 The Desktop clock «INFLECT» was inspired by Anish Kapoor’s “Sky Mirror.”I was interested by the way the surrounding area refracts in this object, by the interaction of light and shadow in the concave and convex surfaces of the sculpture. Also I’m enthralled by ideas of a new craftsmanship and respect for material, which is why the «INFLECT» clock was made in ceramic, using an authentic potter’s wheel. Its body is an integral element with arrows at the top and mechanism at the bottom. The dial is a concave hemisphere with two lines crossing in the middle, arrows having the same convex silhouette. The body is covered with white enamel; color and texture were picked to emphasize the object’s shape. The only brightly coloured element designates the location of twelve hours and at the same time serves as a color accent. So in addition to its functional value as a clock, «INFLECT» also brings the thoughtful design not bound to any time period, based on the composition of its clean lines and clear geometric shapes.

Octopod continues MB&F’s exploration of aquatic themes with an eight-leg, eight-day clock inspired by cephalopods, marine chronometers and The Abyss – blending contemporary design with kinetic sculpture and a...

Orbit is a table clock that shows the time and the movement of the sun. 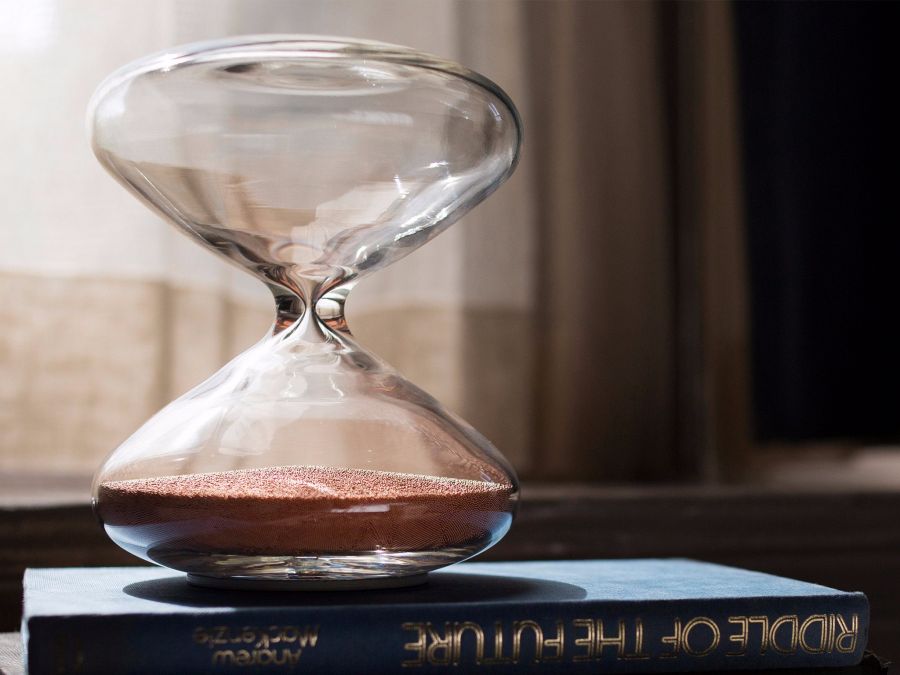 The Hourglass is a true engineering feat. Made in Basel, Switzerland it is blown from a single piece of borosilicate glass, and it contains millions of tiny spheres made of stainless steel. Each sphere is precisely 0.6... 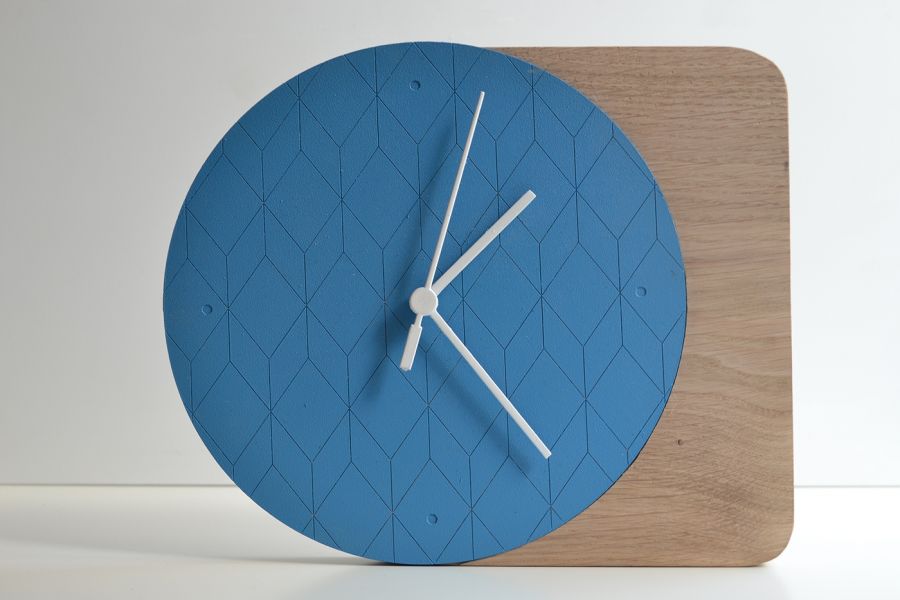 This was a school assignment where we had to inspire ourself by a certain brand. I chose for the brand HAY. After finishing this clock it inspired me to came up with desk stationary. 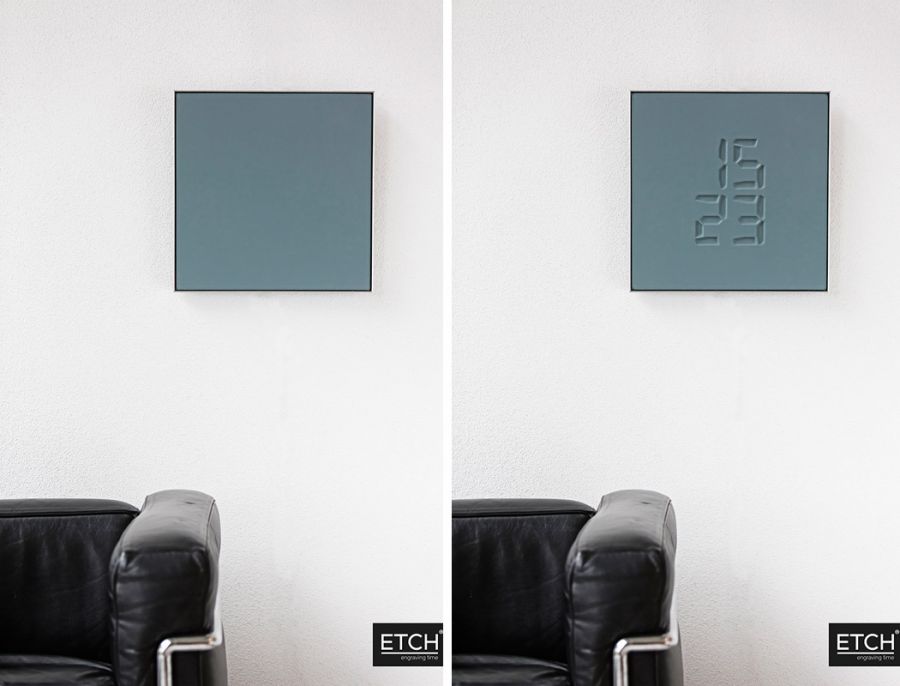 ETCH Clock makes wake up your imagination about a new way to look at time. ETCH is transforming an elastic membrane into digital numbers, whileengraving an elastic surface with a smooth and relaxing actuation.After this... 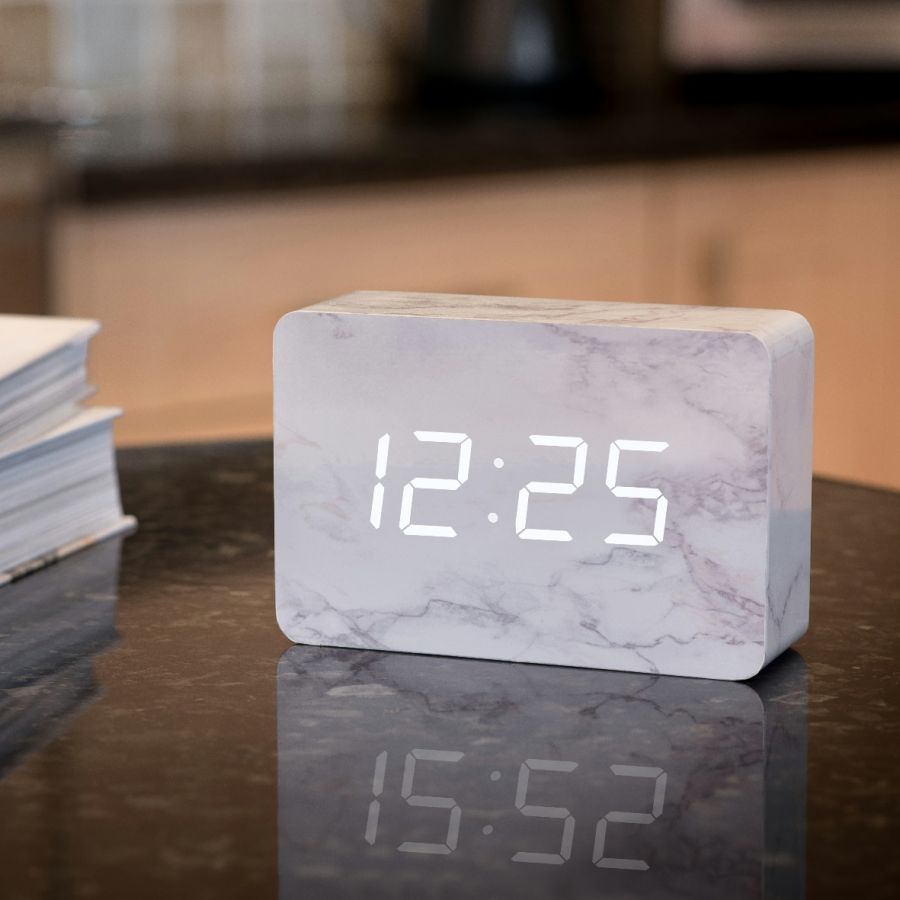 When digits ‘float’ on a marble brick, we think it looks great. Housed in a marble effect brick, this NEW Brick Marble Brick Click Clock can tell you the time, date and temperature alternately in white LED...