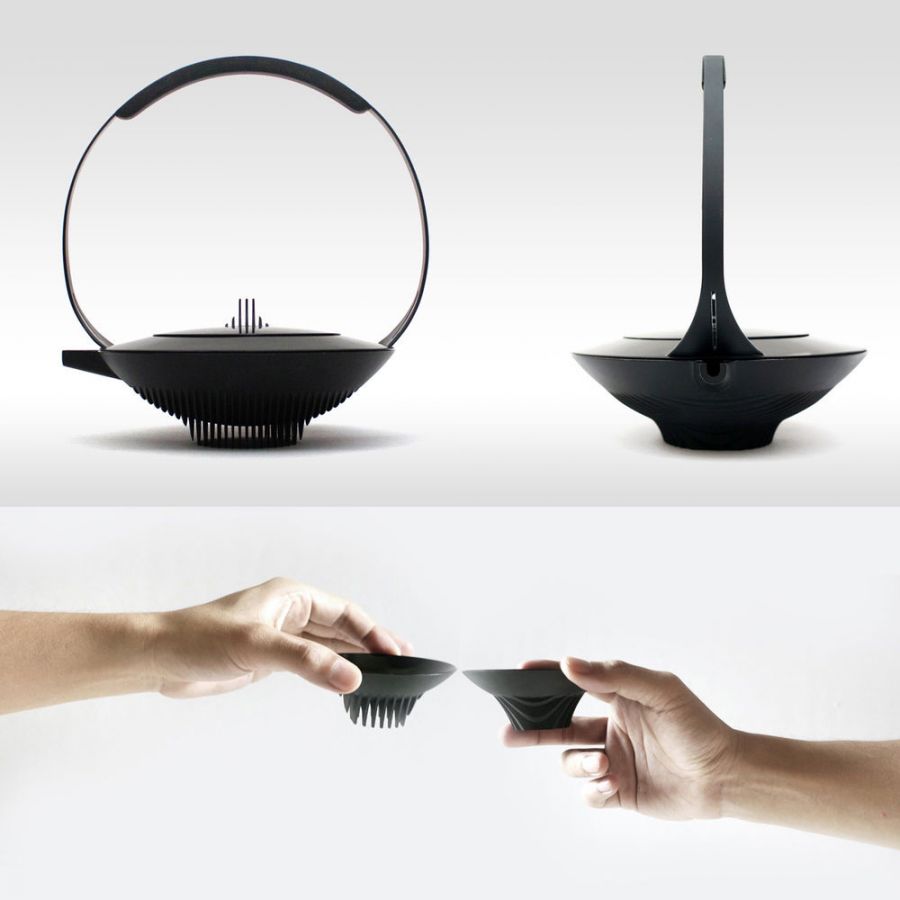 Life is a floating —Zhuang Zi (Section 15 -Constrained in will)

The unique Tea Set, “Float”, from the Taiwanese designer iAN Yen is an embodiment of modern cast iron design, comprising of one Teapot andmatching Teacups. Minimalist, this unconventional teapot has a full-moon-like handle and straight pointing spout.  Brilliantly polished, the ink tones of “Float” shine with variations while pouring and sipping, just like splash-ink (a technique of Chinese ink-painting).  In the steam and light while enjoying the tea time at ease, the users feelfloatingeffortlessly inaskiff on thelake in the full moon.

The architecture of V-shaped valleys formingin mountains is used for the base of “Float”, functionally serving as both a radiator anda stand.  Not only in form or function, this sophisticated referent reveals the representation of hidden streams in the valley. The designer’s object imagery hinges on what’s unseen, which might be called Dao (or Tao) -the underlying flow of the Universe.

In ancient Chinese philosophy, the shapeless transforming watery Dao is taken as something to “float on” and “swim in”.  Dao, literally means “way” or “principal”, is a non-dual concept, often described in terms of water. As similar to water, it’s soft and quiet but immensely powerful.

Never satisfied with merely the analog form perception, the designer’s conception addressed here is both poetic and philosophical. While either having tea alone or entertaining guests with “Float”, the vessel in motion changes its aspects at every turn and salute: the mountains-like lid knob and the valleys-like base gradually transform into fog and mist.

In this piece of work, the designer links the “Virtual & Real” concepts to “Dynamics & Stillness” ideas. Just like appreciating landscape paintings in Chinese art, rather than emphasizing visual resemblance to forms, one can experience the expression of “Float”, on which iAN Yen has built an original vision forOriental Aesthetics. 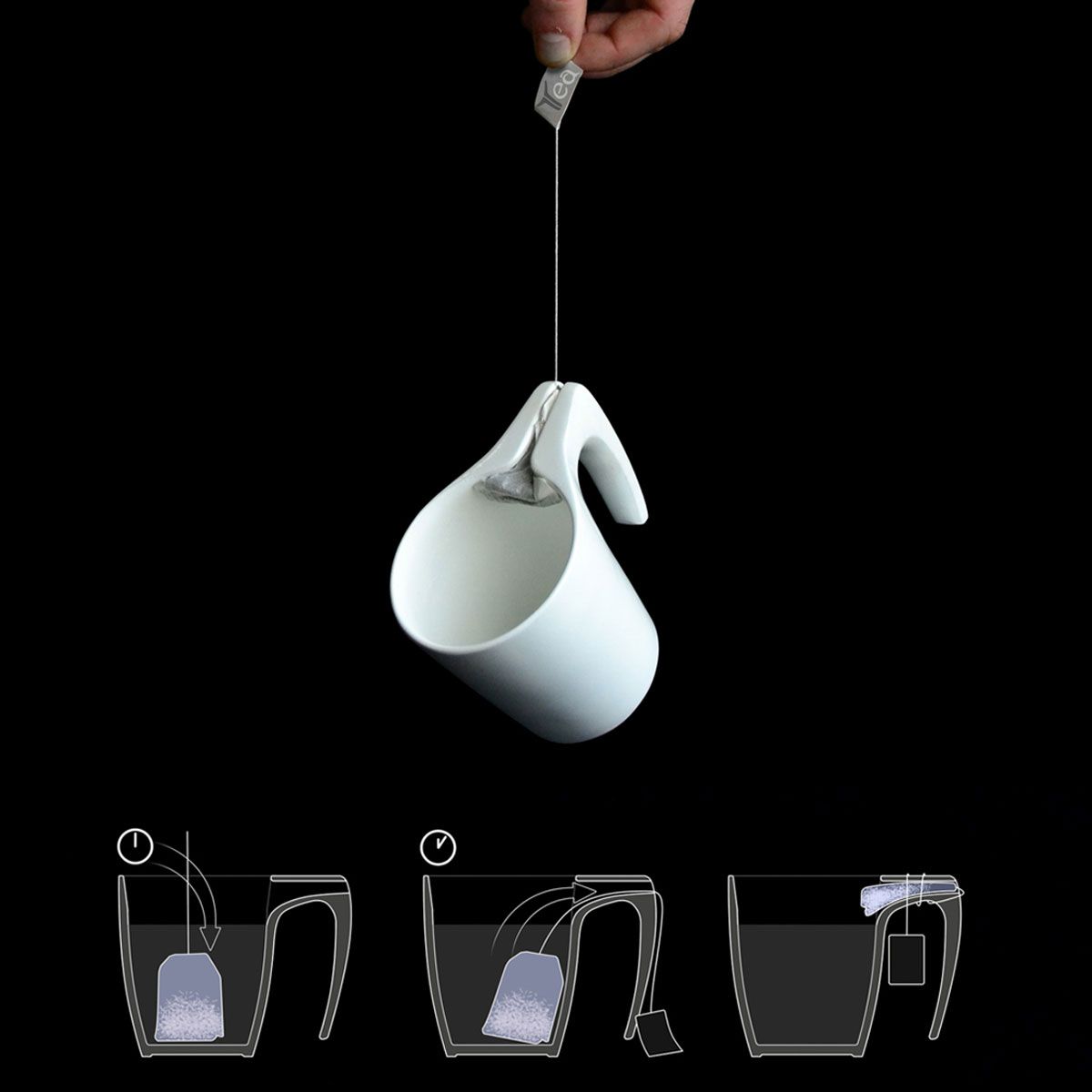 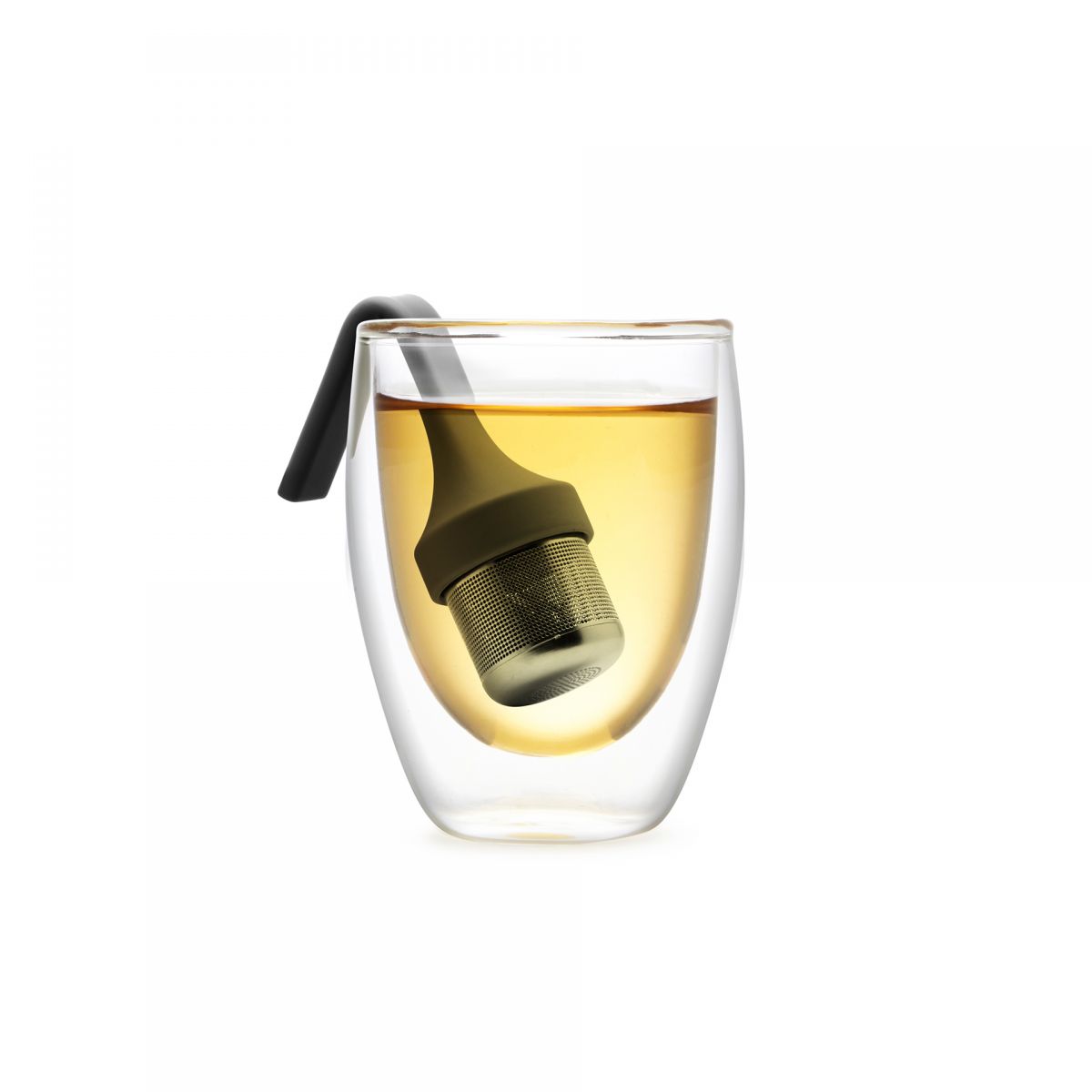 Make the perfect cup of tea. This infuser has a removable stainless steel basin that makes steeping and cleaning out loose leaf tea a breeze. The molded flexible arm is designed to hang onto your mug while steeping or... 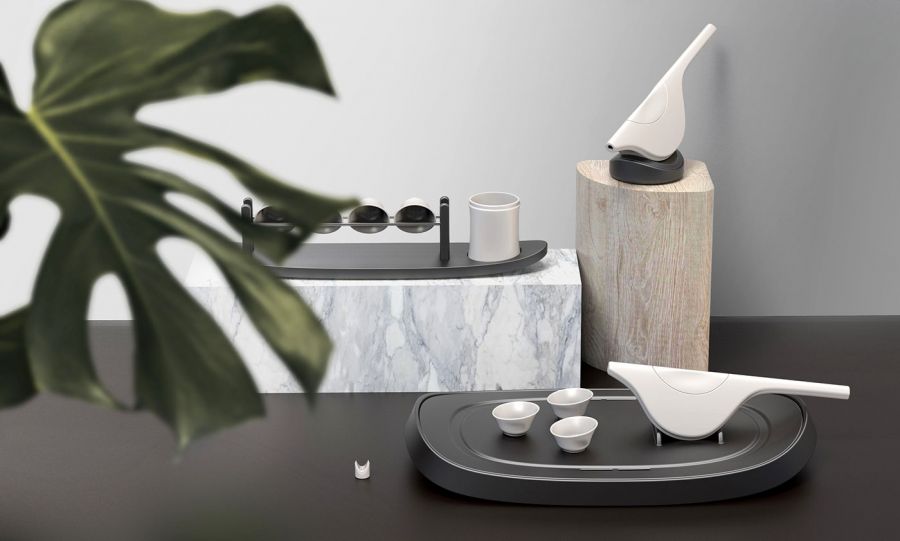 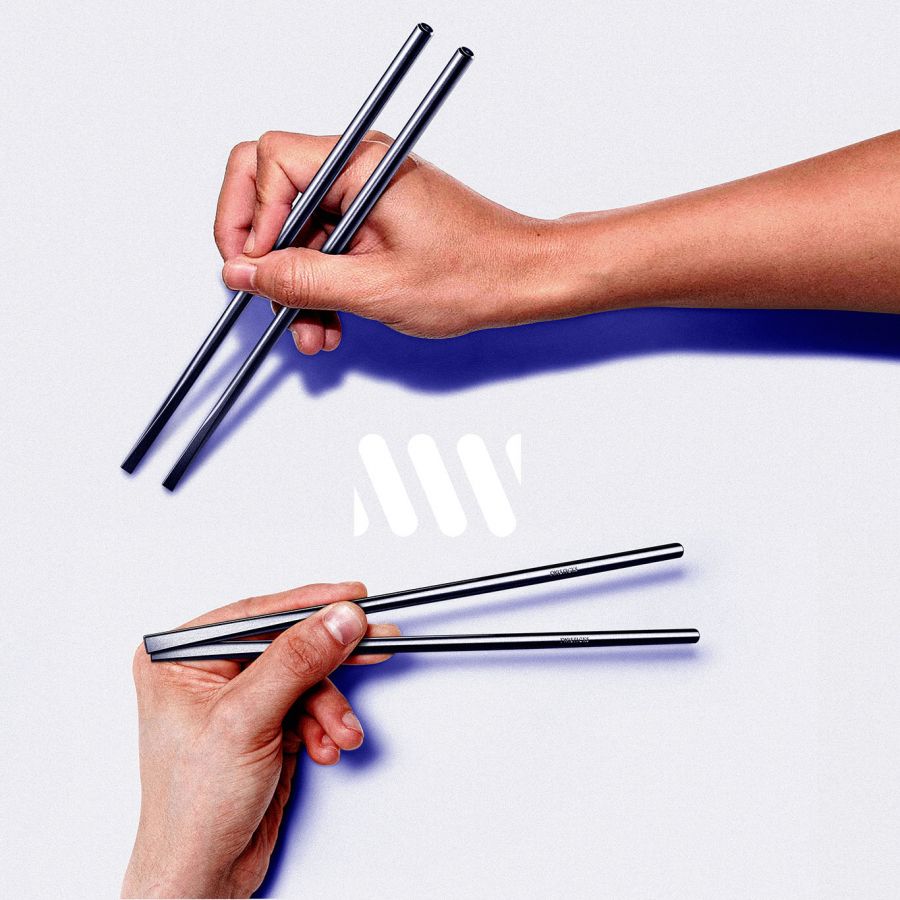 TWISTICKS have both sides usable; one side is blunt circular shape, whereas the other side is wide square shape. I got an structural idea from a twist shape and designed to naturally connect circular and square shapes... 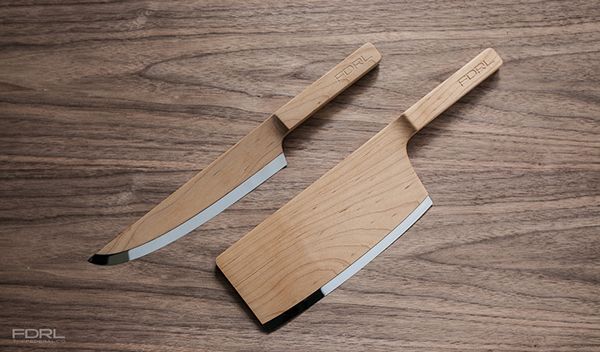 With this project we wanted to explore an alternative emotion to the standard kitchen knives you see every day. The focus is drawn to the high polished blade, while the rest of the knife’s Maple wood body sits... 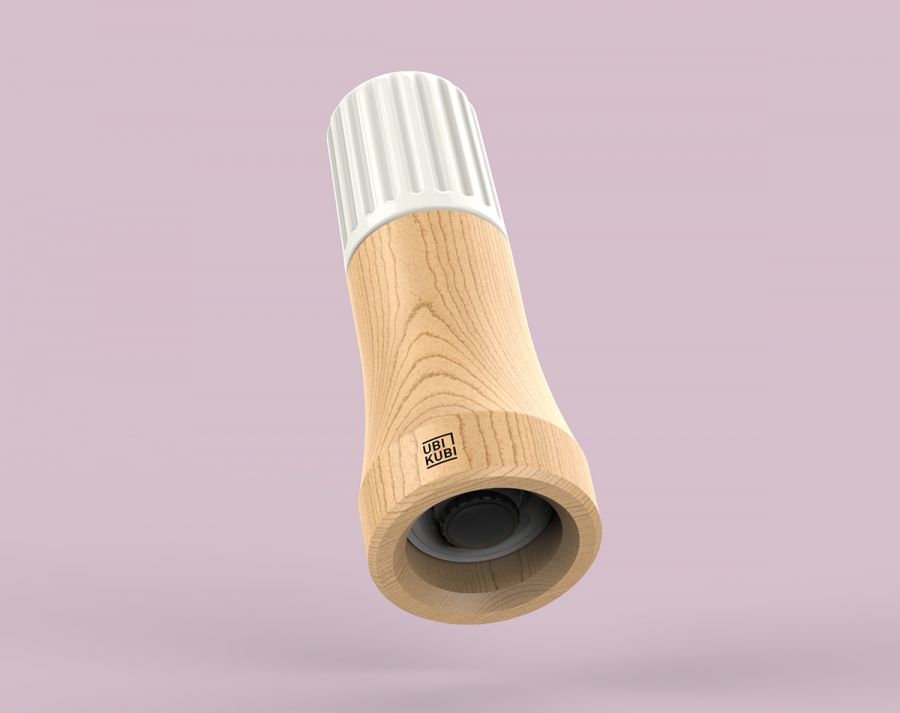 John CrusherMill family designed for Ubikubi. This started out as a form study around the grinding process of salt, pepper and spices, which should integrate naturally in your dining and kitchen environment.It...