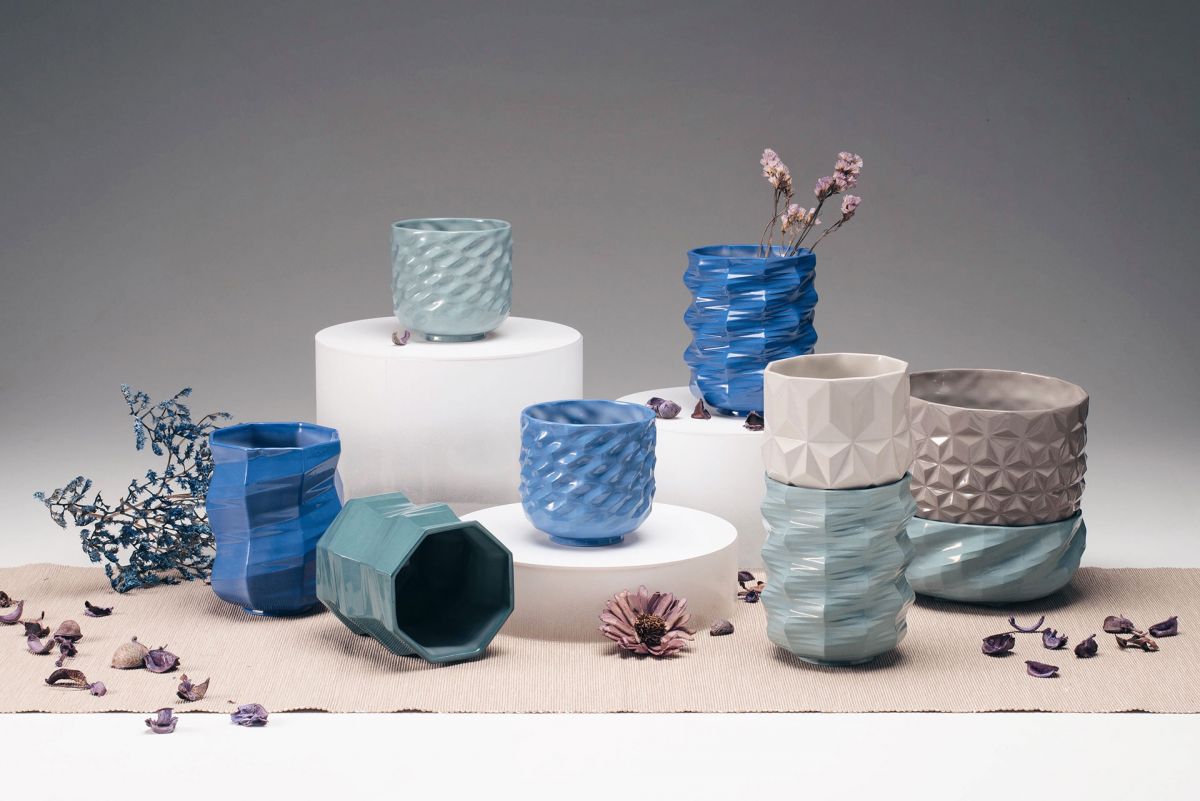 Parametric Ceramics is a series of ceramic objects that explore the potential of design using parametric modeling and slip casting as creative tools. Slipcasting is a technique for the mass-production of pottery and ceramics. The technique is suited to the production of complex shapes, especially if with relief decoration and thin walls. By combining this technique with digital parametric design which generate forms depending on the behavior of a computer algorithm in response to a set of data, we can create pottery that is aesthetic, hard to be crafted by hand, yet manufacturable.

The term “parametric design” is originally used in architecture, to describe design method using an algorithm based model system. By constantly changing parameters, we’re able to get different forms in realtime, analyzing best results based on design intents, and even being a form-finding process.

In this project, we aim to explore the forms which fit in original slipcasting process, hard to be crafted by hand, but with rich parametric aesthetic. Form exporation stage shows the possibility we discovered by applying distinctive math pattern in nature, adding gradual changing parameters, altering smooth or low-poly facade, etc.

Parametric Ceramics from 簡禎廷 on Vimeo. 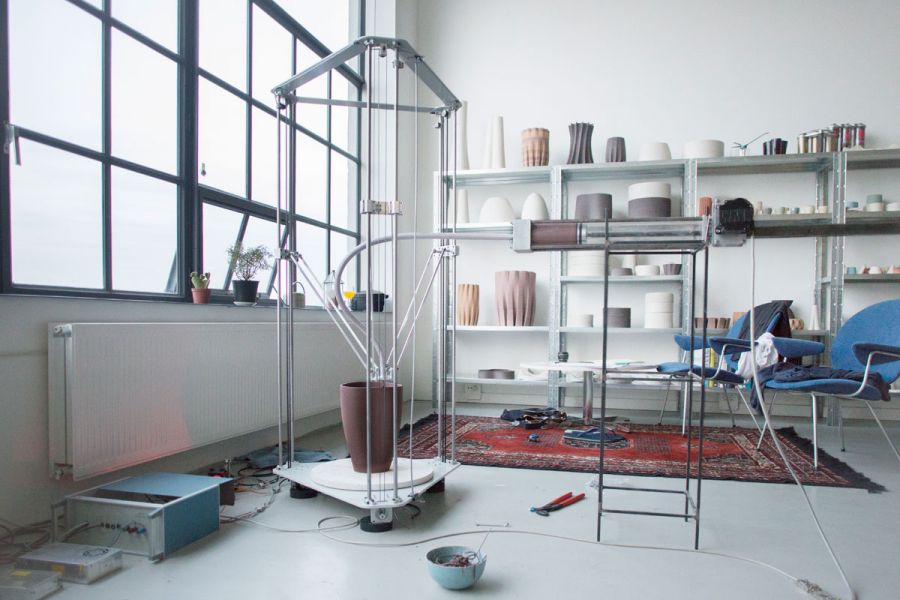 Explorations in functional 3D Printing Ceramics 2012 – ongoing Olivier van Herpt: “When I first started researching 3D printing ceramics the technology was an exciting and interesting one. But, the desktop... 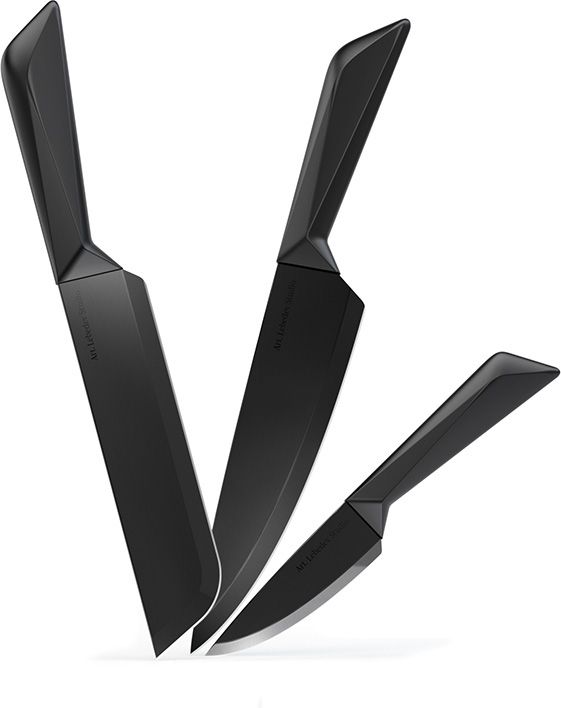 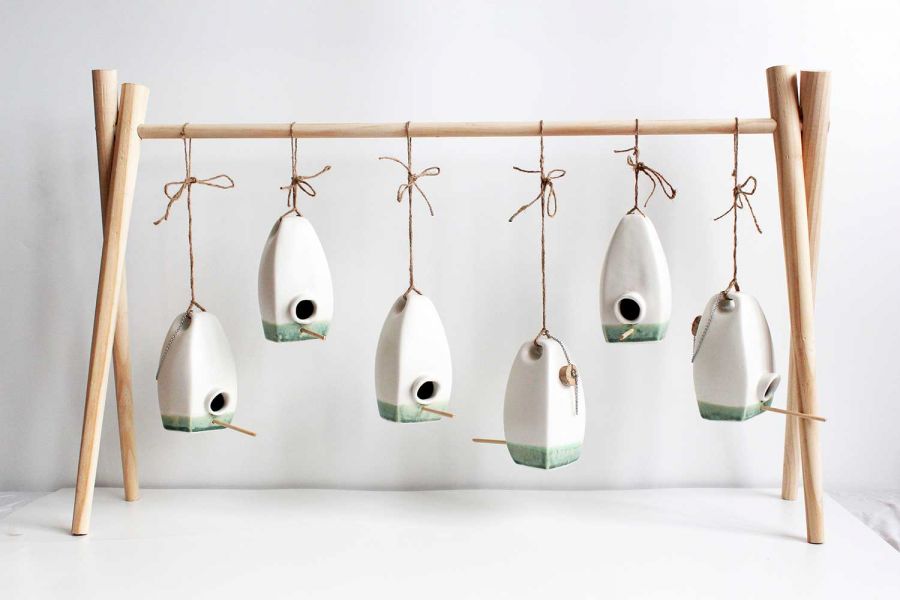 The Nib bird feeder employs simplicity to both its form and function, providing any garden with the alluring sounds of the smallest native bird life. Inspired by the curvature of a bird’s beak, Nib takes care of... 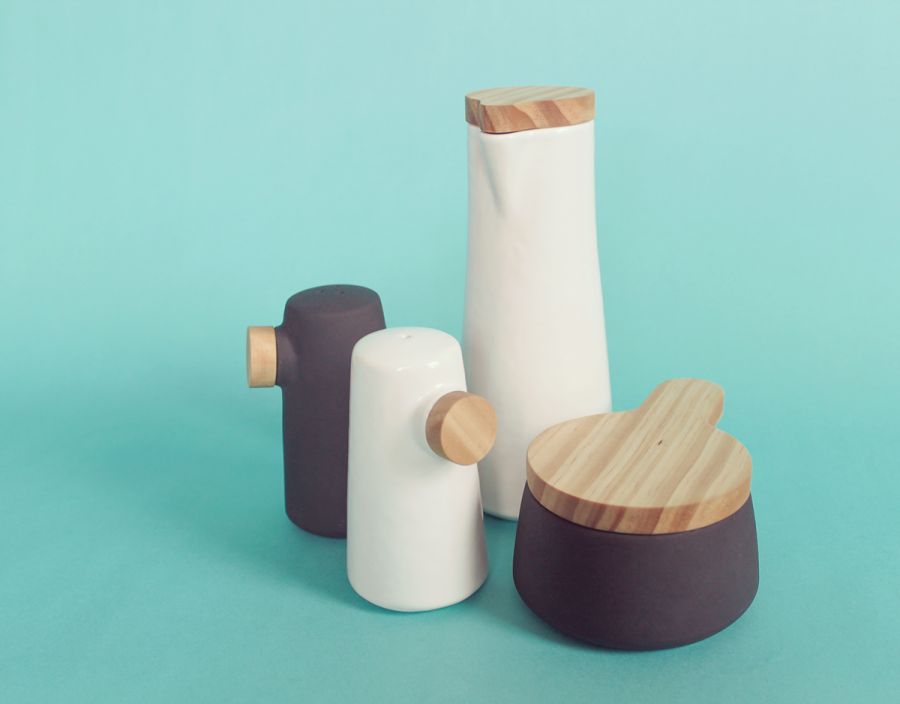 The Notch collection, inspired by the elegant functionality of Scandinavian design, brings simple solutions to the table. I designed each item to have an additional feature. The salt and pepper have easy pouring and... 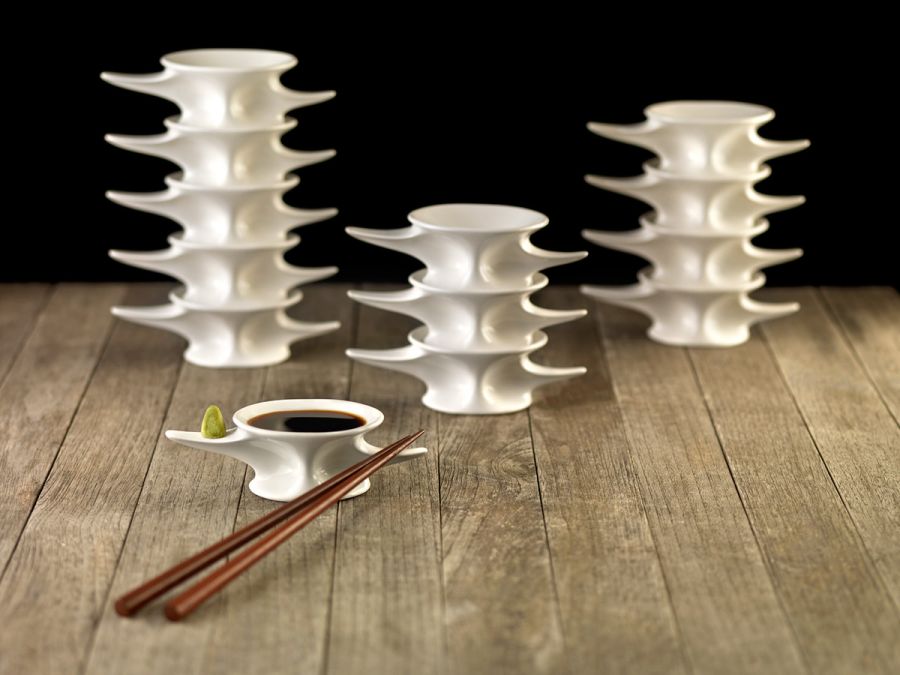 SOYTUN is a ceramic piece designed for the increasingly common tasting of the various forms of presentation of raw fish such as sashimi, sushi, tartar… etc. This design serves to contain soy sauce, also has a... 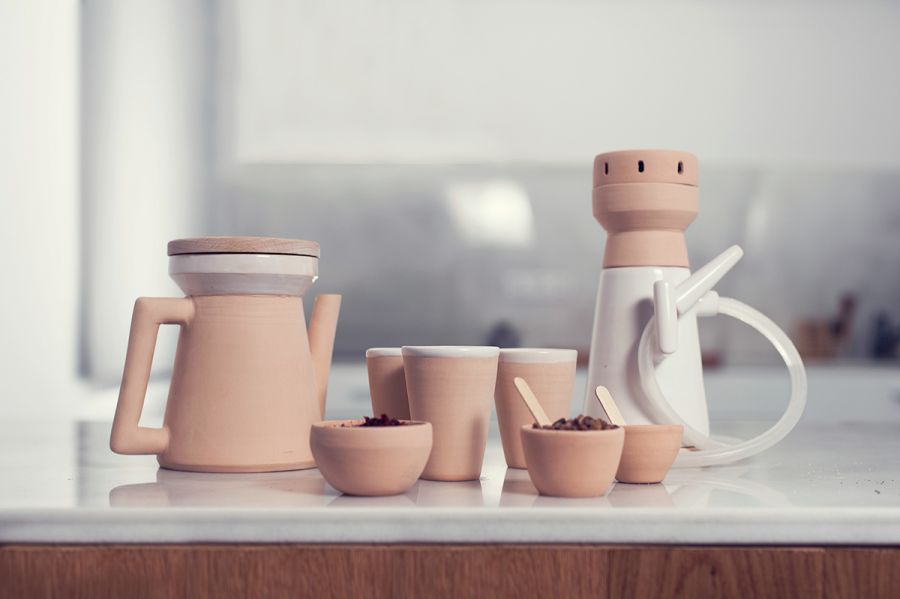 “Almaa”, from the Arabic for “the water”, is a limited-edition tea set consisting of a shisha and tea service. Strongly influenced by the culture of the Middle East, its minimalist forms create a...