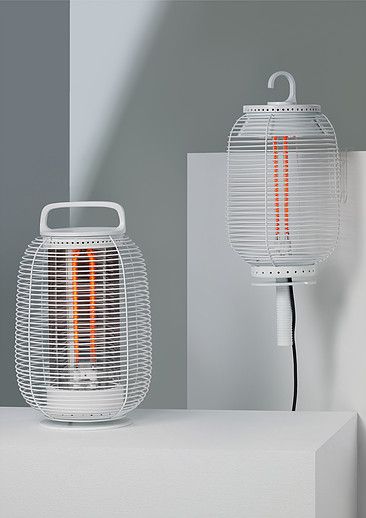 An infrared radiation heater, chochin, is developed for the Japanese market that relies on electric heating. The chochin is covered by wire gratings to release extra heat trapped inside the heater and to decrease the risk of damage more effectively than the conventional plastic grating.

Carbon fibers are also used in the filaments to generate twice the infrared radiation using half the electricity which is eco-friendly and cost effective. The chochin can be used for Japanese houses not equipped with central heating such as under your desk, hanging on the wall and in the changing room.